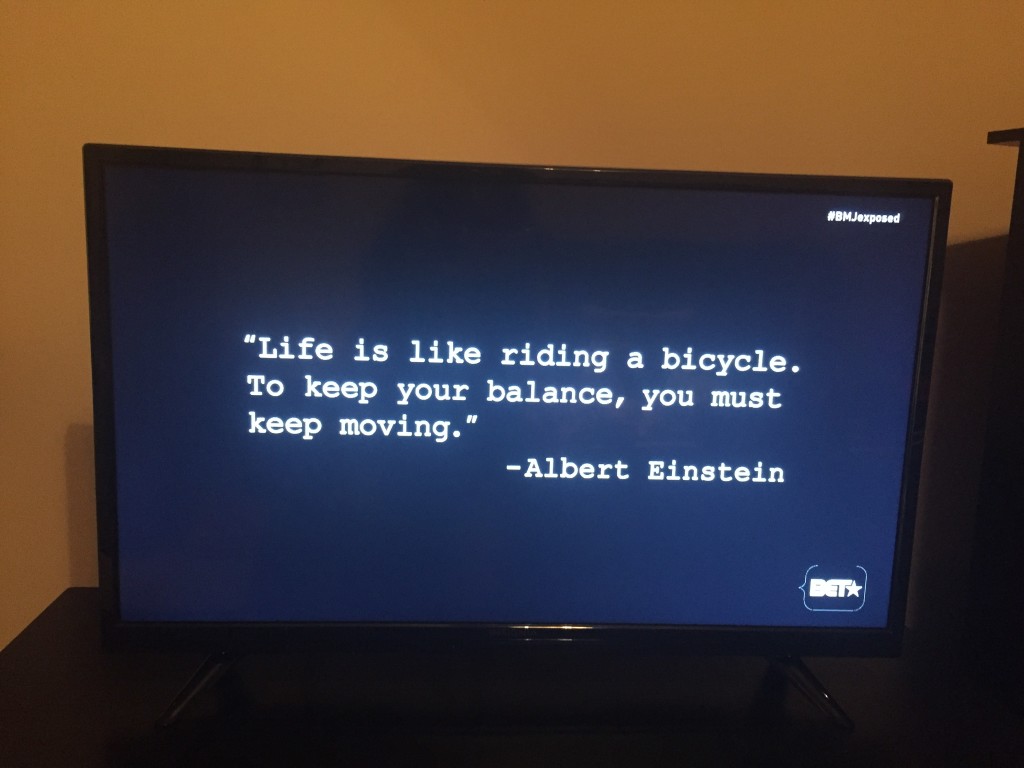 There are many reasons I shouldn’t like BET’s Being Mary Jane, the hourlong scripted drama that follows trials and triumphs of cable news anchor Mary Jane Paul.

In the first season of the show Mary Jane (played by actress Gabrielle Union) has an affair with a married man, and this is just one of the MANY bad relationship choices Mary Jane makes again and again. One could argue that the show’s focus on Mary Jane’s struggle to find true love perpetuates the idea that successful black women can’t find a man or simply argue that I can’t relate to Mary Jane’s relationship woes because I’m married and got hitched when I was only 25.

But Being Mary Jane is one of my absolute favorite shows on television.

I love the thought-provoking quotes that open each episode (and even take pictures of my TV to save them). I love seeing Mary Jane’s battle to cover issues and current events relevant to women and people of color. I love that Being Mary Jane deals with race, family drama, friendships, sex and sexuality in a way that is raw, real (or as real as a TV show can be) and in-your-face. The show has even tackled tough topics like suicide, drug abuse, and abortion.

Yes, we see Mary Jane’s glamorous life as a well-paid TV personality, but we also see her sitting on the toilet and scratching her boobs when she gets home and takes off her bra (something I am convinced every woman in America does).

We need flawed female characters because we need complex female characters that don’t neatly fit into the box of the good girl or the vixen, the girl next door or the whimsical pixie, the angry black woman or the basic white girl.

We need female characters that are complex because real women are complex. Real women are generous and selfish, loving and hateful, kind and malicious, smart and foolish, confident and insecure. I have been all of these things just in the last week and, chances are, you have, too.

Being Mary Jane creator Mara Brock Akil was recently interviewed by the Lenny, Lena Dunham and Jenni Konner’s website and newsletter on feminism, style, health, politics, and more. When asked to spill about any bad choices she may have made when she was younger, Akil gave an answer that resonated with me as much as her show does. She said: “I no longer think of my life in bad or good choices. I think they’re just my choices. As a writer, they’re all blessings in my life.”