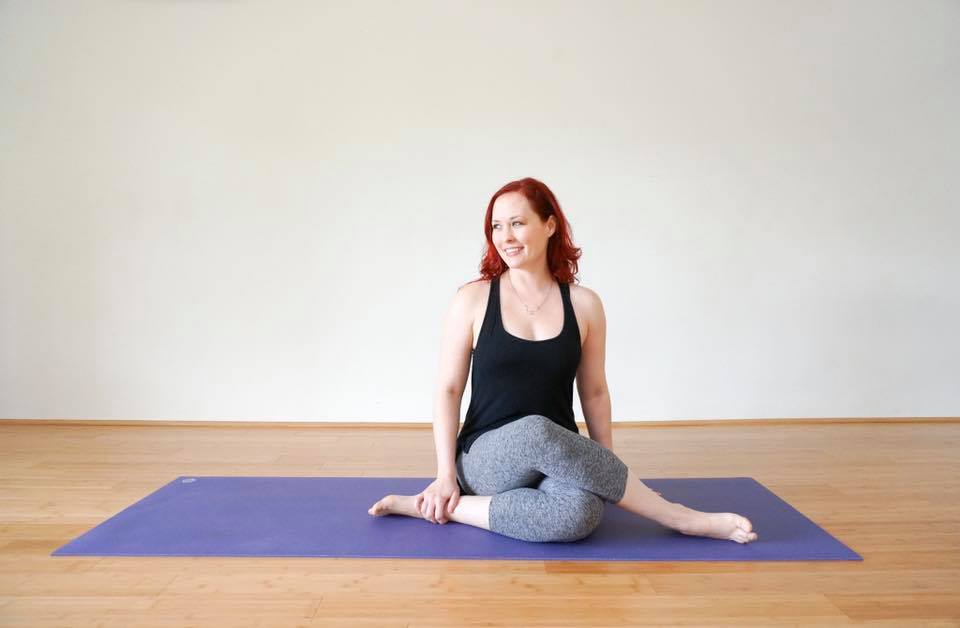 It all started with a hashtag.

Birmingham-based blogger and yoga instructor Melissa Scott posted a photograph of herself practicing yoga wearing only yoga pants and a sports bra and included the hashtag #noshirtnoshoesnoshame and I had to know more about this body positive movement she was striving to forge.

I started reading her blog and I eventually met Melissa through mutual friends. Later I interviewed her for my first story for StyleBlueprint.com. During the interview, Melissa shared the inspiration for her body positive social media campaign:

“I had an eating disorder for 10 years and I had a lot of shame around my body, especially my stomach. That was always my ‘problem area’ in my head. So when I got on Instagram, the very first picture I posted was me in a yoga pose with no shirt and just a sports bra. That was such a huge moment for me, to expose my stomach to the world. It was incredibly freeing; it was so liberating for me to be like, ‘Yep! Here it is! No more shame around it.’ And so the more I used social media to talk about yoga and talk about body image, the more it made sense to me.

I see a lot of yogis of all different sizes and all different body types and colors and backgrounds who I know deal with similar things to what I’ve struggled with, so I started this hashtag campaign of #NoShirtNoShoesNoShame. We yogis, we’re going to be barefoot so there are no shoes, so let’s take the shirt off and show our bellies and show how incredibly beautiful and strong and miraculous our bodies are no matter what your body looks like. Every body is incredible and is unique and has its own strengths.”

My talk with Melissa made me want to practice yoga again. I had taken yoga classes before — mostly hot yoga sessions that I took just to see if I were up for the challenge. But Melissa spoke about yoga in a way that made me want to return to the mat. For her yoga wasn’t about exercise or pushing your body beyond its limits. It was about centering oneself and learning to love your body as is.

“Coming from a background of having an eating disorder and confidence issues and anxiety and depression, it has given me a space to work through all those issues, a space that is really safe but also really confrontational,” Melissa said in our interview. “Yoga reminds me that I’m strong. Yoga reminds me that I am flexible. Yoga reminds me to rest when I need to and to take better care of myself. It’s my constant.”

Several months after that interview Melissa became a member of See Jane Write and eventually signed up for my long-term coaching program so I could help her write and self-publish her first book. 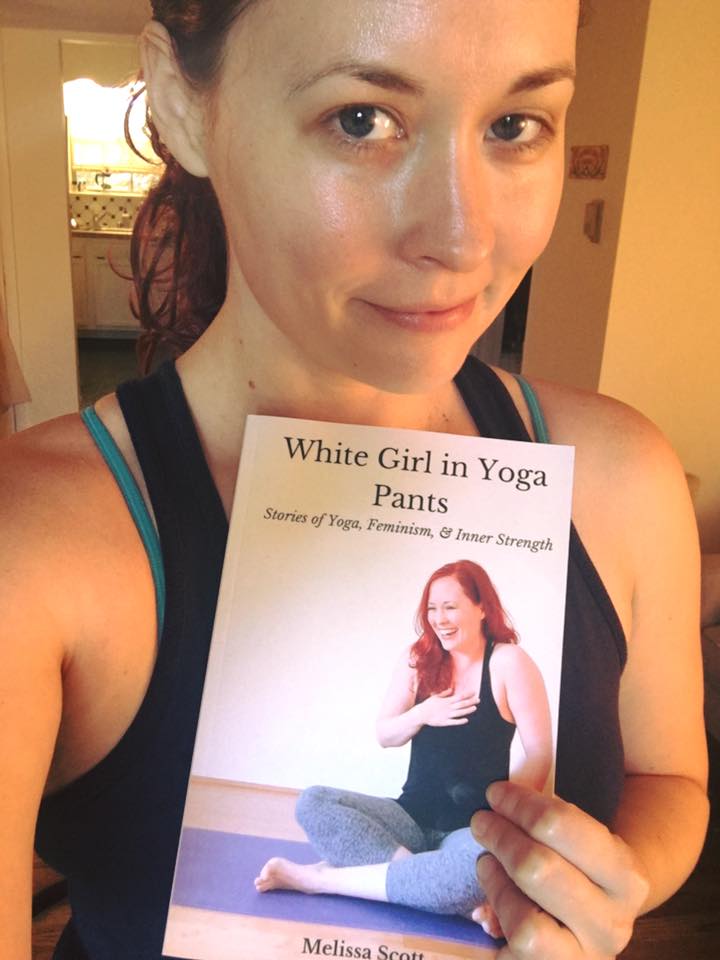 Melissa’s book has the tongue-in-cheek title White Girl in Yoga Pants but she and this book are anything but basic or cliche. The book is a collection of compelling essays not just on yoga but also feminism, race, social justice issues, and much more.

I can’t wait to celebrate this new book with Melissa at her book release party Thursday, Sept. 14 at 6 p.m. at the Wine Loft in downtown Birmingham. (RSVP here if you’d like to attend.)  And on Sunday I’m officially joining the #noshirtnoshoesnoshame movement when I attend Love Your Body, a special body positive celebration Melissa is hosting at Villager Yoga on Sept. 17 from 1 to 3 p.m. (Learn more and sign up here.)

One hour of the event will be filled with supportive, joyful discussion on body image. During the second hour, Melissa will lead a yoga class for all levels — a yoga class I’m going to take wearing nothing but yoga pants and a sports bra!