As I type this my heart is so full it’s really hard to put into words how I feel.

On Thursday I was honored at Alabama Media Group’s Women Who Shape the State awards ceremony. Having my husband by side made me fall in love with him all over again. Having two of my friends from work surprise me by showing up for the luncheon made me feel so blessed to have such wonderful colleagues. Even my best friend’s mom came out to support me.

Before being called to the front of the room to receive my award — a framed mock magazine cover and Kendra Scott jewelry from Von Maur!  — I took a moment to look around and it all felt so surreal. I couldn’t believe I was receiving this prestigious award all because of See Jane Write — something I started from scratch, something that began from a simple idea I had one day while driving to work.

Before the luncheon I had the honor of speaking at a special morning program called Modern Trailblazers and shared this platform with living legend and fair pay advocate Lilly Ledbetter! 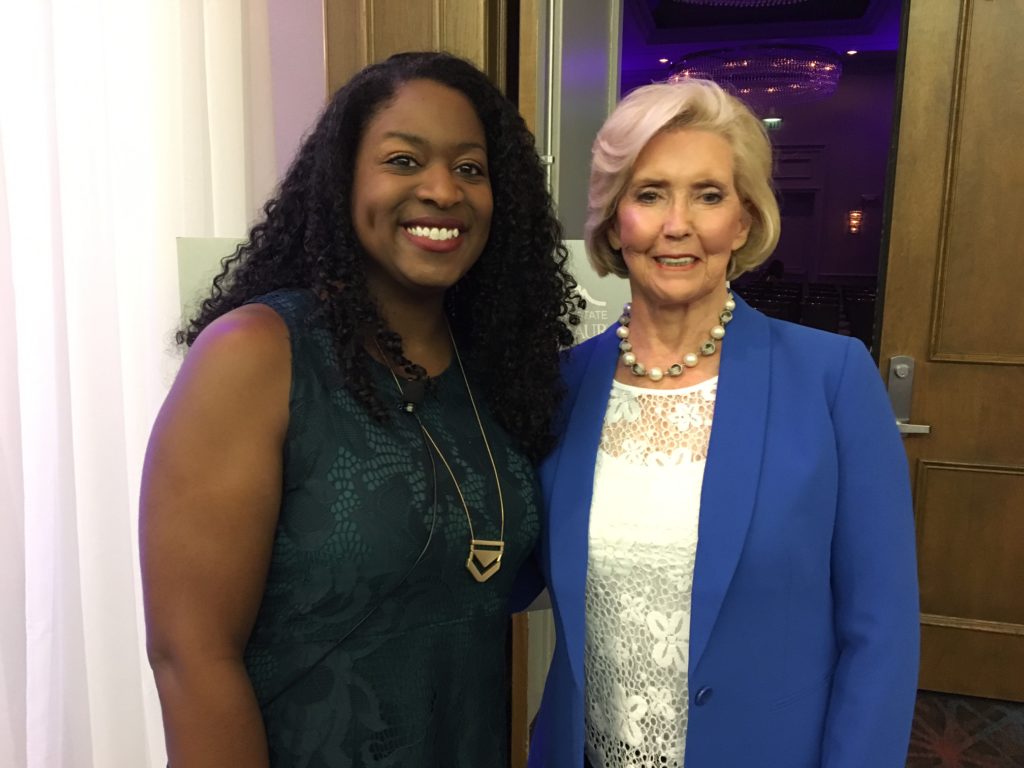 My talk was about being feminist and black. I had no idea how the crowd would react, but I’m pleased to say my talk was very well received. At the end of the Modern Trailblazers program several women lined up to shake my hand, give me a hug and even take a picture with me and to tell me how much my words resonated with them.

It was a simple email – just eight words and no signature. It read: “A black woman cannot be a feminist. Sorry.”

So I took it to the tweets and told my Twitter followers what happened. They responded in shock and horror and they all assumed the author of the email was white. I did not.

Just days before I received the aforementioned email, I had written a guest post for a popular natural hair blog about how embracing my naturally curly coif made me a better feminist. Several commenters on that post couldn’t believe I, being a black woman, would call myself a feminist.

Their response reminded me of  when I wrote and published a piece for a newspaper in Louisville, Ky., declaring myself a feminist for the first time. My email inbox was flooded with supportive messages from like-minded women. But I also received a message from a black man who couldn’t believe that a black woman would dare associate herself with a movement that was spearheaded by “racist, wealthy white women.”

Look. I get it. I am not naïve about feminism’s history. First wave feminists and women’s suffrage activists, despite being part of the movement to abolish slavery, were infuriated when black men were given the right to vote before white women. In 1869, during a meeting of the American Equal Rights Association, Elizabeth Cady Stanton stated that “Sambo” wasn’t ready for the vote. And in an effort to gain support of white Southerners, Susan B. Anthony forged alliances with groups that opposed voting rights for African Americans and with women’s groups that excluded black women.

And many second wave feminists of the 1960s and 70s often focused solely on the issues faced by straight, upper middle class white women, ignoring the struggles of women of color, poor women and lesbians.

But I am well accustomed to the balancing act of loving something with a sordid past. I was, after all, born and raised in Birmingham, Ala., a city whose history is colored by the killing of four little black girls in the bombing of 16th Street Baptist Church, by images of high-power water hoses being turned on brown bodies protesting for their civil rights, and by tales of the terrors caused by the Ku Klux Klan.

Once when I called myself a feminist in front of a woman here in Birmingham that I deeply admired, she looked at me and said, “Feminist? What does that even mean?”

So, yes, I am a feminist and that means I believe in the social, economic, and political equality of the sexes.

I am a modern feminist and that means my feminism is intersectional. My feminism recognizes that the women’s movement cannot  discuss issues of gender without also tackling issues of race, ethnicity, nationality, class, ability, sexual orientation, religion, age, and other elements of identity because they all intersect.

Some people think a label like “feminist” is unnecessary. After all I can believe in equality and do work to bring about this equality without calling myself the f-word.

But I am on a mission to de-stigmatize this word by wearing it proudly because when we stigmatize the title of the women’s movement it is easier to ignore the issues this movement tries to bring to light. Silencing feminists makes it easier to silence any woman, whether she identifies as a feminist or not.

Helping women’s voices be heard is my calling in life, it is my form of feminist activism. It is why I run See Jane Write, a membership organization for women who write and blog.

I am proud See Jane Write members like the plus-size style blogger who recently published a book on how blogging about fashion and fitness helped her love her body.

I am proud of See Jane Write members who have earned book deals and national speaking engagements, landed full-time jobs because of their blogs and turned their blogs into profitable businesses.

I am proud that I have helped a woman who always dreamt of being a columnist but never thought she could because she didn’t have a journalism degree see her byline on the front page of local newspapers and on the masthead of local magazines.

But most important, I am proud of the women of See Jane Write who find the courage to write about difficult topics like coping with the suicide of a loved one, healing from sexual assault, or surviving domestic abuse. I am proud of women who find the strength to write themselves back together again.

For me feminism is not just political. It is personal. I need feminism.

I am a feminist because I don’t believe my worth is tied the clothes in my closet or the number that looks back at me when I step on a scale.

I am a feminist because even though I am happily married I don’t believe every woman’s purpose in life is to be a wonderful wife and model mother.

I am a feminist because one day my father told me I could be and do whatever I wanted and I believed him.

And these things don’t change simply because my skin is a darker shade of brown. In fact there is a quote by the late African-American poet June Jordan that reconciles being both feminist and a woman of color quite wonderfully:

“I am a feminist, and what that means to me is much the same as the meaning of the fact that I am Black: it means that I must undertake to love myself and to respect myself as though my very life depends upon self-love and self-respect.” 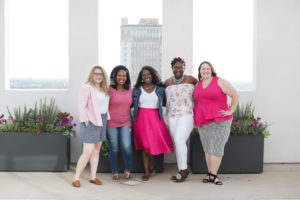