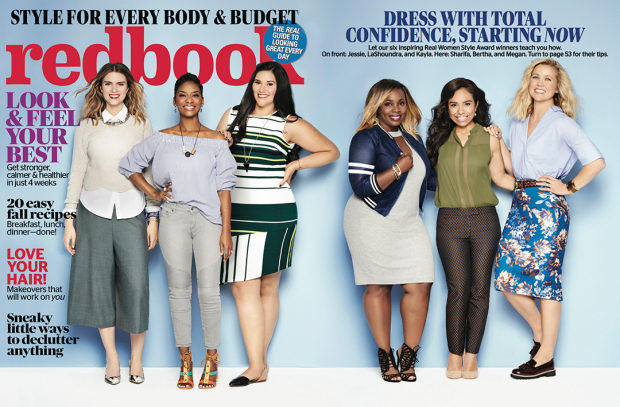 “I honestly didn’t think I stood a chance,” says Bertha, a PhD-level genetic epidemiologist who blogs at Chic in Academia and works as an assistant professor at the University of Alabama at Birmingham. “But, I knew that if I was one of the six [women chosen], it would have important implications. I wanted girls and women out there to see a face on the cover of a magazine that looks unlike the traditional face on fashion magazines.  I wanted them to see a height — I’m only 5’1” — and a weight — let’s not disclose that — that is not commonly seen on fashion magazines.  I also wanted them to see a scientist and mother on the cover of a nationwide fashion magazine to demonstrate that one can be a multi-hyphenate.  One does not have to fit into any one box.”

And Bertha was able to set this example for women and girls alike when she won Redbook’s third annual Real Women Style Awards, a nationwide search to celebrate authentic, fashion-forward women with real bodies and real budgets. Redbook’s September issue features Bertha and five other women from all over the country. In addition to being featured on the September 2016 cover, the winners were also featured in a multi-page editorial feature inside the magazine sharing their beauty tips and fashion advice.

We caught up with Bertha to chat with her about the experience. 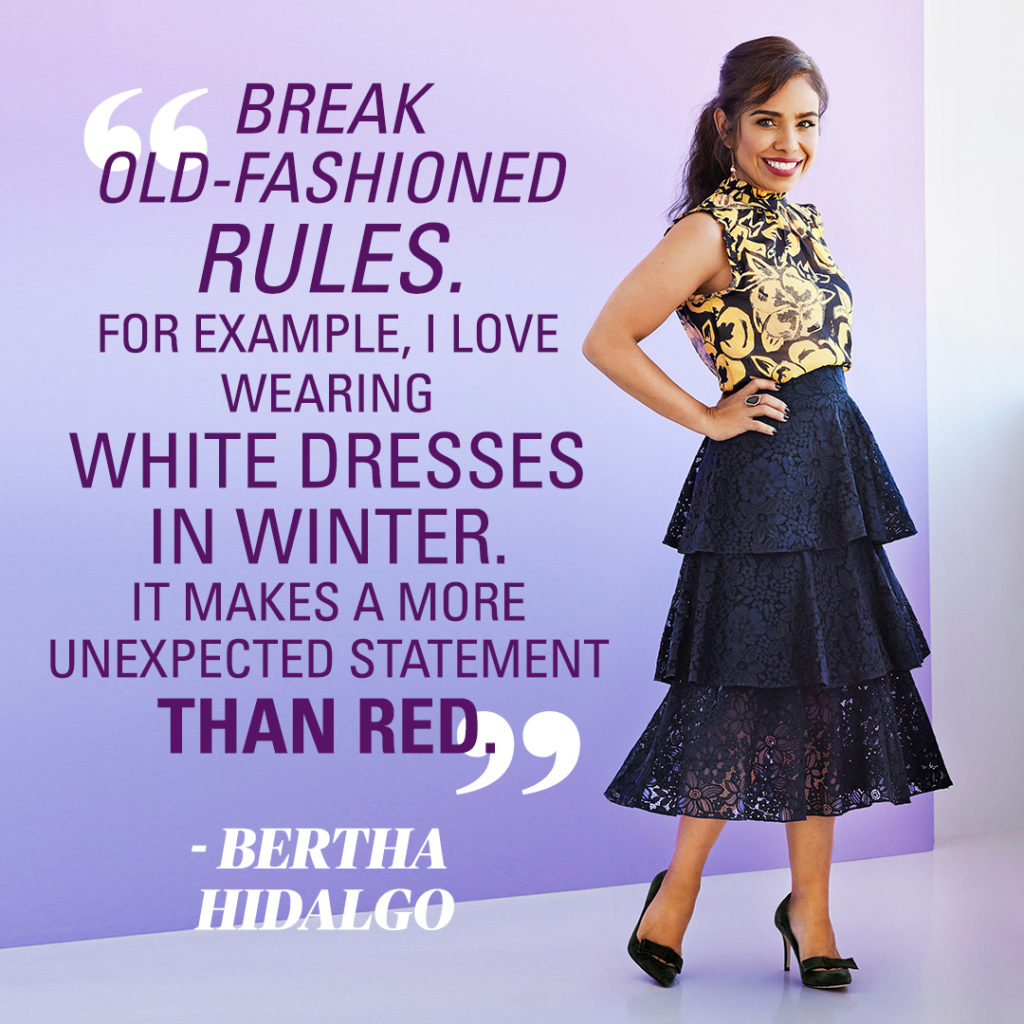 What did it feel like having your picture taken for a national magazine?

The photo shoot was like something out of the movies or TV! An all white studio, makeup and hair stations, dressing areas, tons of camera and set people, craft service. I mean, it was literally the “real” deal! The big names from the magazine were also there. It was surreal, and I loved every minute of it! (Get a behind-the-scene look into the photo shoot here.)

How did you feel when you saw the finished product?

When I finally got to see the finished product, I was blown away. I especially liked that I didn’t look “touched up.” My phone pics looked somewhat like the actual magazine pics, so it was obvious to me that they didn’t photoshop. They were also so careful to take our opinions into consideration for hair, makeup, and outfits. So it was easy to feel comfortable on set.

In all, working with Redbook Magazine for the September cover was an incomparable experience and one that I will remember forever!

A Birmingham-based blogger has won this honor two years in a row. (Jeniese Hosey of The Jenesaisquoi won last year.) What do you think this says of Birmingham’s fashion scene and blogging scene?

I honestly think it speaks volumes!  Birmingham has changed a lot in the last few years.  Redbook has somehow captured what I believe is making Birmingham a better place: diversity.  Diversity in body types, in cultures, in thoughts.  A lot remains to be done and we have a lot of ground to cover collectively as a city, but in general we’re doing much better than we were nearly 10 years ago when I moved here from LA.

How do you find time to blog while also juggling your job in academia and being a wife and mom?

The blog usually comes last in my life.  My job as a scientist, motherhood, wifehood, friendships, family – that all comes first.  But, blogging – especially about fashion, beauty and other frivolous things – is my brain candy.  It feeds the right side of my brain and balances the demands on the left side of my brain.  It also forces me to indulge in what many multi-hyphenates give up: what they really enjoy. In my case, that’s shopping and fashion.  Instagram makes it easy because it takes me no more than 5 minutes to post and later gives me content for the blog.  IG auto populates to Twitter and Facebook, so it covers three social media platforms at once.  It’s really quite easy and takes very little time.  My kids take my photos too, so it requires very little money too!

Speaking of Instagram, you have more than 28,000 followers on that platform. Any tips for those seeking to grow their following?

I think being genuine and transparent helps a lot.  People really find it refreshing that my photos aren’t overly styled and that I share both my success and failures.  When I feel like I’m failing at life, I tell them.  Many of them, also multi-hyphenates – also identify with those feelings, so they like to hear that others experience what they go through.  In academia, the pressure is enormous.  Publish or perish.  Get that grant or get out.  It’s not quite so black and white, but the pressure can overwhelm people at times.  Me included.  Being real, engaging with people, getting to know them, answering their questions – all of that matters to people.  I think some people view social media as a way to get people to increase their numbers so that they can make more money.  What one needs to remember is that there are real people on the other side inspired by you, admiring you, using you as an example.  So when you take the time to foster that and really reach out and communicate with people, that’s when you start to see real growth.  My growth has stalled on IG this year, largely due to Facebook’s takeover and the change in algorithms.  But, engagement is one thing that has remained consistent and that continues to work.

How do you make your feed stand out when there are so many fashion bloggers on Instagram?

I think my profile has a lot to do with it.  I make it very clear that I am a scientist/professor/mom.  I think – again getting at the overly styled, overly curated, overly edited pics – my feed is more “real life” and only slightly edited.  I think people really like that I’m not a product pusher.  I post what I wear on a daily basis, and it’s all very affordable.  Usually from places like Target.  I think I’m also very honest about how I acquire bigger ticket items and not afraid to let them know that I shop second hand.  I’m an equal opportunity shopper and I like to save as much money as possible when doing so.

What’s next for you with regard to blogging, fashion, and life in academia?

Well, in academia, I just got a huge grant to do some exciting work in the area of epigenetics and Hispanic/Latino populations with cardiometabolic diseases.  So the next step in academia is to try to advance science in that area.

With regard to blogging and fashion, I’m interested in branching out and being more strategic about how I collaborate and how I monetize my brand.  To date, I have invested very little money into my blog.  I would say less than $500 total since 2013.  It has been very passive growth, but a pace and return that I have been comfortable with.  With the numbers I have now, I’d like to take a more targeted approach and invest some of the money I have made and strengthen certain aspects of the brand that might help it grow even more.  My one goal for the blog this year was to make it in a national fashion magazine.  I achieved that, so with three months left to go in the year, I can take my time and plan carefully for 2017.  Hopefully bigger and better things await!