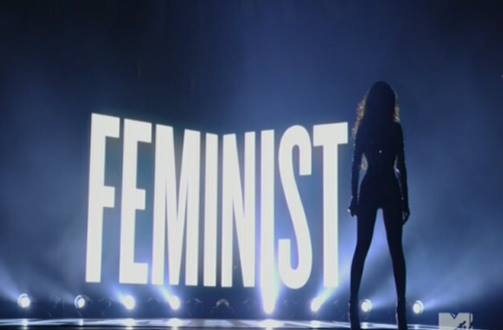 I am a feminist.

Earlier today TIME announced its picks for the magazine’s annual worst words poll, which gives readers the chance to vote on what overused word should be banned in the coming year. Previous picks include “OMG,” “YOLO,” and “twerk.”

This year’s candidates include words like “bae,” “basic,” “sorry not sorry,” “I can’t even,” and “yaaasss.”

Why exactly would you want to ban a word that’s about promoting equality of the sexes?

Well, here’s why, according to TIME:

You have nothing against feminism itself, but when did it become a thing that every celebrity had to state their position on whether this word applies to them, like some politician declaring a party? Let’s stick to the issues and quit throwing this label around like ticker tape at a Susan B. Anthony parade.

Look, I get it. Plenty of folks are worried that feminism is becoming trendy and that celebrities, and as a result their fans, are taking on the title of “feminist” simply because they think it’s the fashionable thing to do right now and not because they’re actually concerned about gender inequality. But to write off the word as tired slang? Girl, bye! (Sorry. Has that been banned yet?)

I am a feminist and I called myself one long before Beyonce had the word emblazoned on a huge screen at her shows, but I can’t deny that seeing the word in lights on stage gave me chills.

I think feminist writer Jill Filipovic best described why including “feminist” in this list is so problematic. First of all, “feminist” is hardly a label that everybody is “throwing around like ticker tape.” As Filipovic writes:

According to one recent poll, only 1 in 5 Americans identifies as a feminist. Perhaps if more women and men heard their favorite male and female celebrities owning the word “feminist,” they’d find the term less threatening and, by extension, think through some of the tougher social, cultural, political, and economic changes necessary to achieve gender equality. Because while TIME is suggesting we ban the word, American women still make just 78 cents to a man’s dollar, only 1 in 5 U.S. senators is female, 1 in 4 women experiences intimate partner violence in her life, and women still see their most basic rights to make their own decisions about their own bodies used as political wedge issues and litigated in court.

But never mind all that, because TIME finds it very annoying when celebrities are asked about feminism.

So if you’re wondering why I call myself a feminist, all that is exactly why. And if you’re tired of hearing me talk about it — sorry (not sorry).

UPDATE: Time managing editor Nancy Gibbs has added the following editor’s note to the poll: “TIME apologizes for the execution of this poll; the word ‘feminist’ should not have been included in a list of words to ban. While we meant to invite debate about some ways the word was used this year, that nuance was lost, and we regret that its inclusion has become a distraction from the important debate over equality and justice.”

Each day in November for #bloglikecrazy I’ll be publishing a blog post that answers your questions about blogging, social media, writing, wellness or women’s empowerment. Send your questions to javacia@seejanewritebham.com.

2 Comments on UPDATED: Why do you call yourself a feminist? 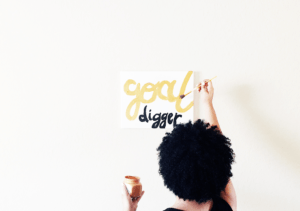