What would you do if you weren’t afraid?

I have a long list of answers to this question: do a one-year blogging challenge, write and publish a book, strive to run a profitable small business, launch a Kickstarter campaign. But my list could be summed up with one statement: Be Carrie Rollwagen.

Rollwagen is a small business owner, a prolific blogger, a social media guru and much more. She also has the cutest nails in town. And now she’s about to add something else to her resume — published author.

Rollwagen, co-owner of Church Street Coffee and Books and the writer behind the Shop Small blog, is now about to publish The Localist, a book that’s all about shopping locally. Rollwagen decided to self-publish the book and recently launched a Kickstarter campaign to help fund her project. She reached her fundraising goal in less than a month!

I had a chat with Rollwagen recently — at a locally owned coffee shop, of course — about her book project and her secrets to success. 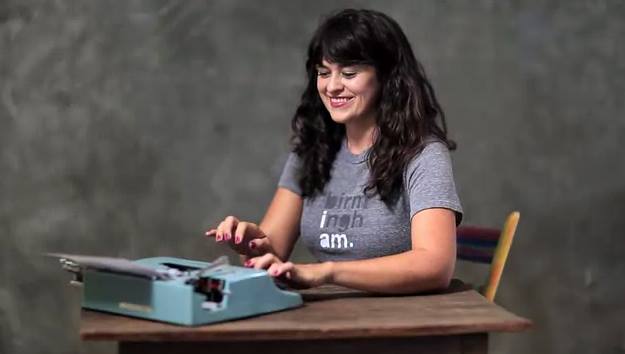 Rollwagen’s interest in local shopping began when she managed a small book store in Mountain Brook. She believed that the camaraderie she experienced at that store was unique to locally-owned shops. But then she worked at Starbucks and found the same sense of community there as well. Rollwagen, a former full-time journalist, wanted to investigate.

“I’m a frustrated journalist,” she says.

And so in 2011 she challenged herself to only buy from locally-owned stores for one year. She launched the blog Shop Small to chronicle her adventure.

Rollwagen admits that she thought her “Shop Small” challenge would be extremely difficult and extremely expensive.

“I spent far less money that year than I usually do,” Rollwagen says.

She explained that when you shop small there’s less of a chance for impulse buying. There are very few, if any, displays set up in locally owned shops to entice you to purchase things that aren’t on your shopping list. Furthermore, because local shops weren’t as easy to get to as big box stores, Rollwagen would often talk herself out of buying things. And she wasn’t eating any fast food.

Finding stores at which to shop was easier than she expected. She often found what she needed simply by asking friends or doing a quick Google search. Rollwagen was even able to go to the movies thanks to the Birmingham-based theater The Edge opening that year.

What was Rollwagen’s conclusion after this year of shopping small?

Rollwagen is a localist, but she’s also a realist and she makes no claims that small business owners are somehow better people than the owners of big box stores.

“It is in the financial interest of a small business owner to be a nice person,” she says. “Small shop owners have a better incentive to treat people well and build community.”

If you have a bad experience at Target most likely you’re going to go back to Target nonetheless and even if you don’t chances are the Target employee you had a bad interaction with doesn’t care. Small shop owners know that it’s good customer service and a sense of community and camaraderie that will bring you back.

While Rollwagen doesn’t recommend that other people take on her extreme shop small challenge, she does stress that we should all buy local as often as we can as this is a great way to improve your community.

Think of the local place first, she says. Amazon doesn’t pay taxes in your state. 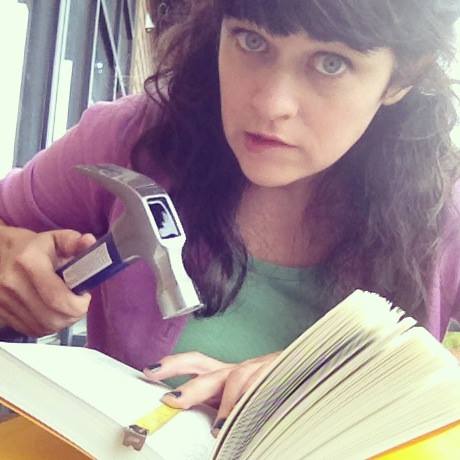 Rollwagen admits that she hasn’t been a fan of self-publishing in the past — and for good reason. As many avid readers know, a book needs good editing, good design and a good marketing campaign to be successful. Most self-published authors don’t have all these skills or the resources to hire someone who does.

But Rollwagen’s book is centered on Birmingham and she thought a book a that was this, well, “localist” wouldn’t appeal to traditional publishers.

“Just because it doesn’t have a national market doesn’t mean it shouldn’t exist,” she says.

Rollwagen’s Shop Small blog was quite successful thanks to her fresh, informative content and effective social media marketing. But she knew she had more to say.

“I wanted to tell this story in a new way,” she says.

So she decided to write a book and self-publish it.

The book is part memoir, focusing on her life as a localist and even offering a few tips on how people can shift their own shopping habits to support small businesses more often.

The book is also a study of buying patterns — why you like big box stores, why they’re not all bad, and the effects of our shopping on us as individuals and on our communities.

The book also offers a behind-the-scenes look into Church Street Coffee and Books.

To ensure that her self-published book would be of high quality, Rollwagen launched her Kickstarter campaign to raise funds to hire an editor and designer.

How to Rock Your Kickstarter Campaign

Rollwagen reached her fundraising goal of $5,000 in less than a month. Now she’s working on her stretch goal. She’s hoping to raise an additional $3,000 so she can go on a book tour to spread the localist gospel to other towns.

Rollwagen offered these tips on how to run a successful Kickstarter campaign: