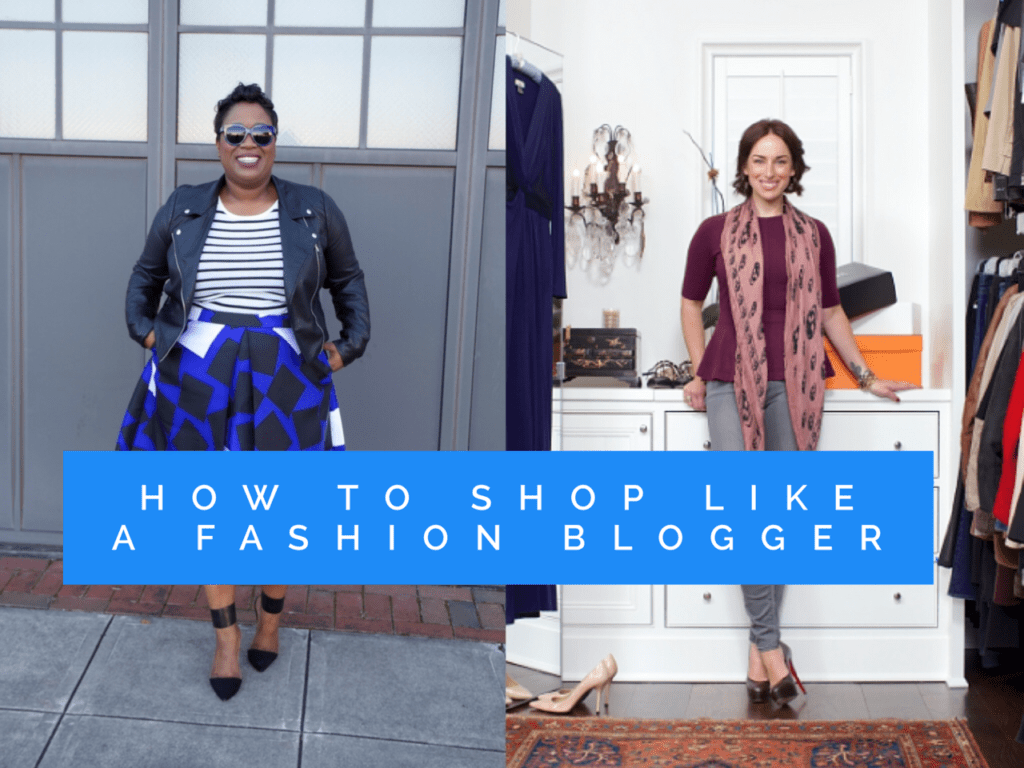 There’s only one problem — I hate to shop. And this weekend I’m attempting to revamp my wardrobe as I prepare to return to the classroom for the 2016-2017 school year and try to upgrade my look as I prepare to take my personal brand and business to the next level.

To get my mind right for this adventure, last week I watched a webinar by fashion blogger Jeniese Hosey of The Jenesaisquoi and style coach Megan LaRussa Chenoweth. The webinar was meant to teach us attendees “How to Know Where to Shop and What to Buy…Without Breaking the Bank.”

I knew it would be helpful. Jeniese is one of my favorite fashion bloggers and two years ago I was a student in Megan’s virtual style coaching program, Style Yourself Chic, a program that helped me improve my look in a way that gave me the confidence to turn my blog into a business. Now it’s time to turn that business into an empire! And I want to look good while I do so.

END_OF_DOCUMENT_TOKEN_TO_BE_REPLACED 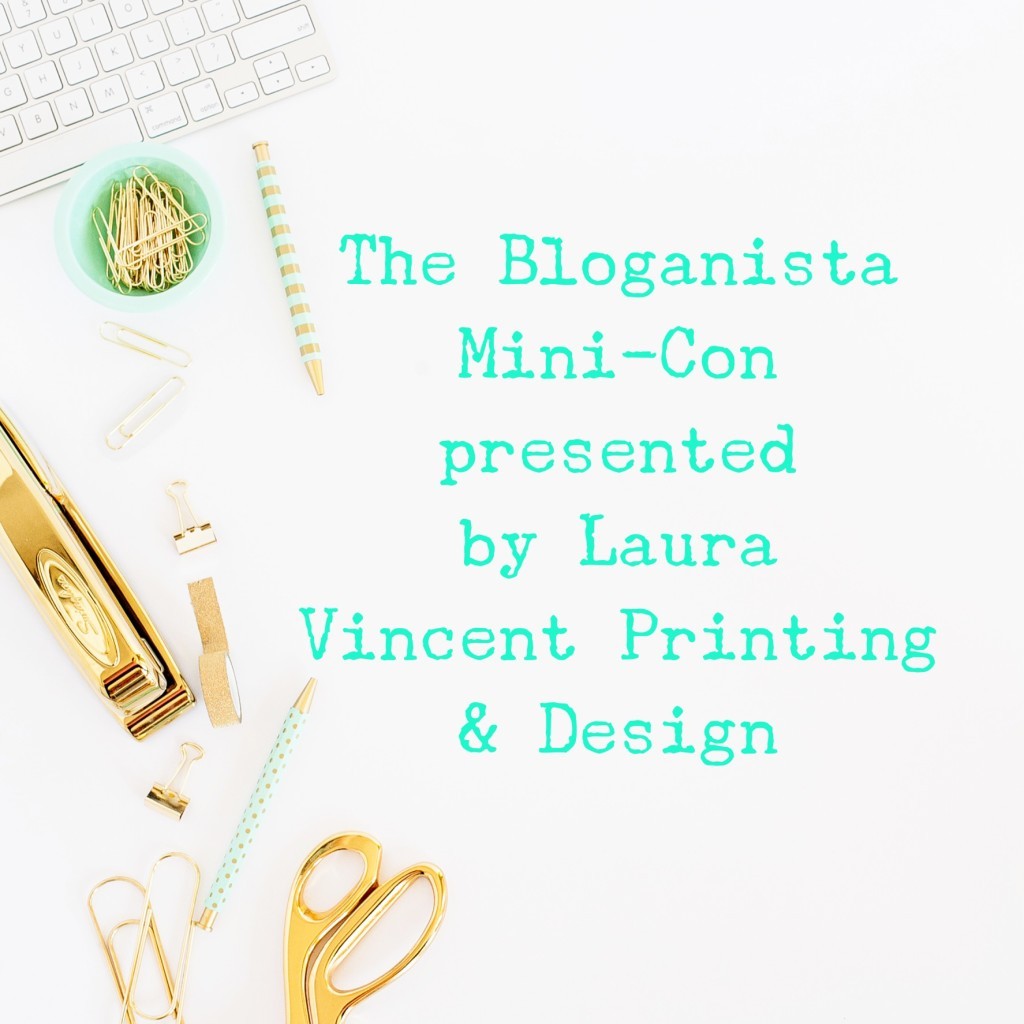 The theme for this year’s Bloganista Mini-Con presented by Laura Vincent Printing & Design, set for August 1, 2015 at Vestavia Hills Library, is BLOG LIKE A BOSS!

Here are the conference speakers and panelists who are going to help you do just that: 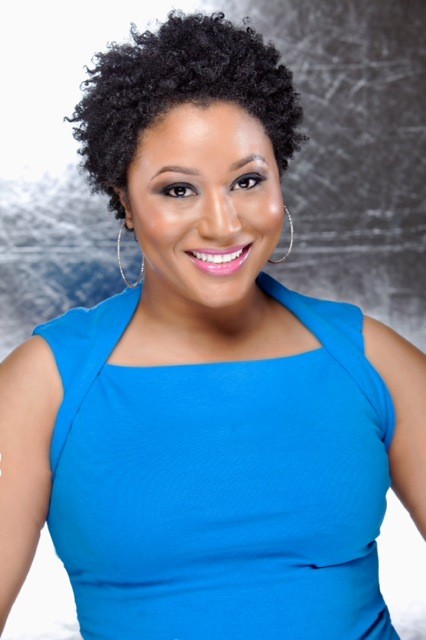 TV and radio personality Eunice Elliott will be our special guest at the conference and MC for the morning half of the event.

Eunice joined Alabama’s 13 in August 2013 as the traffic reporter. A native of Bessemer, Eunice is a proud graduate of The University of Alabama, where she earned a Journalism/Theatre degree in 1997. She has enjoyed working in sports/entertainment over the years including stints at ESPN in Connecticut, The Tennessee Titans, The FedEx Orange Bowl Committee and helmed her own public relations firm for many years representing professional athletes. Eunice performs weekly as a stand-up comedian at the Stardome Comedy Club, and also enjoys acting, radio broadcasting and writing/producing new television shows. Follow Eunice on Facebook and Twitter to see where she’s performing next! 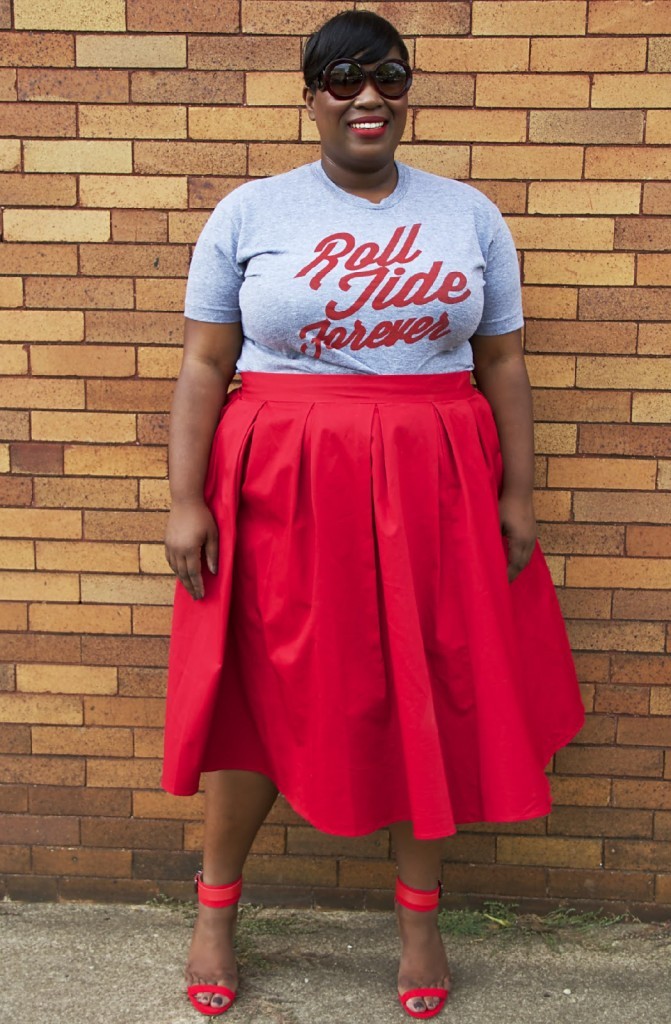 Jeniese Hosey will be our afternoon keynote speaker.

Jeniese Hosey is a 30-something woman from Birmingham, Alabama who loves all things fashion! In 2010 she started her blog The Jenesaisquoi, to show women that style has no relevance to size or age.  Jeniese has appeared in Ebony.com, Essence.com, Plus Model Magazine, Centric TV.com and DARE Magazine. Her blog has been showcased by several of her favorite fellow plus-size bloggers. She is a monthly contributor to the Plus Model Magazine Blog and she has collaborated with several of her favorite brands. By day Jeniese works as a PR/Marketing professional.  Along with fashion Jeniese loves football, traveling and food. She received her BA in Public Relations from The University of Alabama and an MBA in Marketing from Capella University.

During her afternoon keynote address Jeniese will discuss how she landed the many opportunities she’s enjoyed to work with brands and big names and will also reveal how she deals with the not-so-glamorous side of fashion blogging. 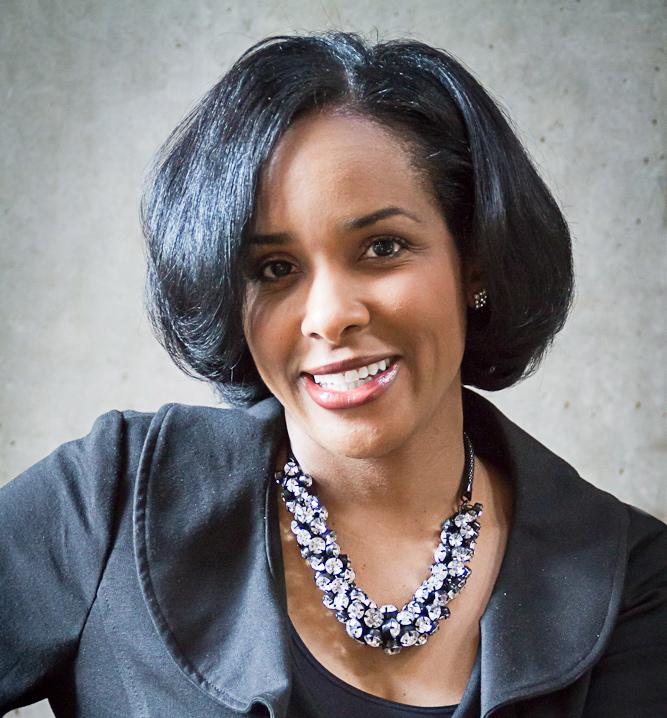 Chanda Temple will be our morning keynote speaker and during the Morning Mingle will be on hand to critique your business card.

During her morning keynote address, Chanda will offer tips on how bloggers can build a personal brand and get that brand noticed by media and more. 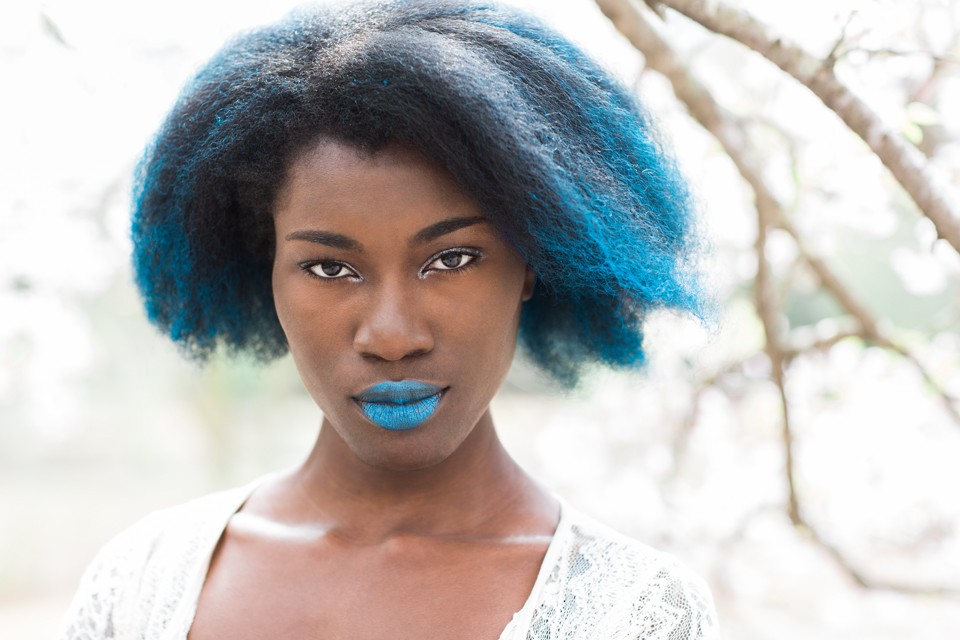 Maacah Davis is the founding editor and creator of belladonna magazine, which she started to provide an outlet for some of Birmingham’s fashion and art-minded creatives. A former biology major at the University of Alabama at Birmingham, she is currently taking a gap year to figure out her future. In the meantime, in addition to being the creative director of Birmingham’s first fashion magazine, her work as a stylist has been published in B-Metro’s recurring feature segment, Birmingfamous. She has directed photoshoots for independent local makeup brand Fancy is Flawless, and she is excited to be at the helm of her first ad campaign with local cosmetics company, Hayah Beauty. As someone who has called Birmingham home for ten years now, she revels in making her twenties all about further exploring and presenting her, and her teams’, creative capacities. 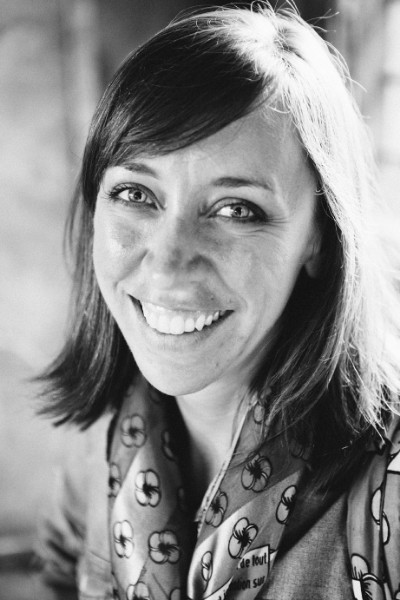 Annie DeVries is the online editor at Hoffman Media, where she oversees web and social media content for the company’s eight magazines. After freelance writing and styling for several years, she began working as the assistant editor of fresh style magazine, and then became Southern Lady‘s associate editor before starting her current position. Working in magazine publishing was a somewhat unexpected career path. Annie holds a PhD in history from Rutgers University, and previously taught at Birmingham Southern College and the University of Alabama. The research, problem-solving, and writing skills she gained during graduate school and while teaching have proved invaluable in her work as an editor. 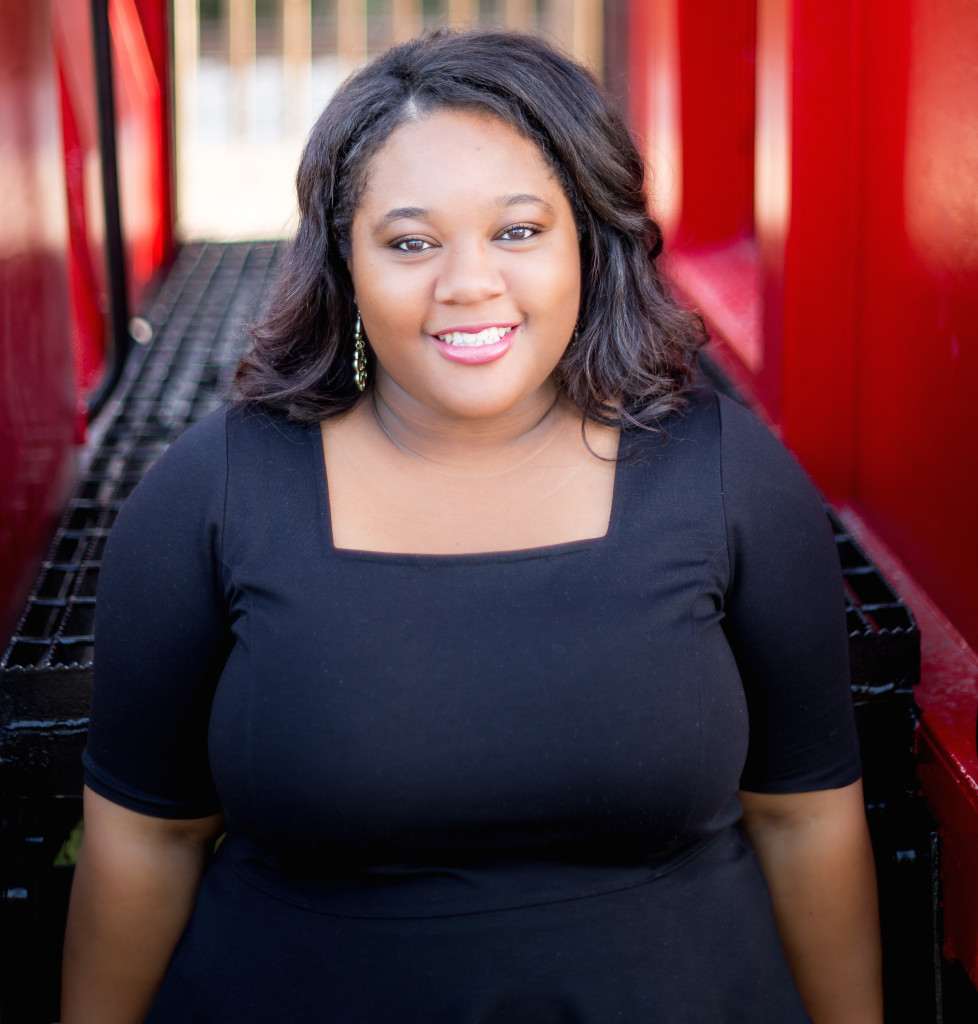 Kaneshia Sims has a deep passion for Birmingham, all of its small businesses and local charities. Using her background in public relations and mass communications, Kaneshia took her passion and turned it into a business.  Kaneshia now serves as editor of  Red PaSH Magazine and head public relations coordinator of Southern PaSH. 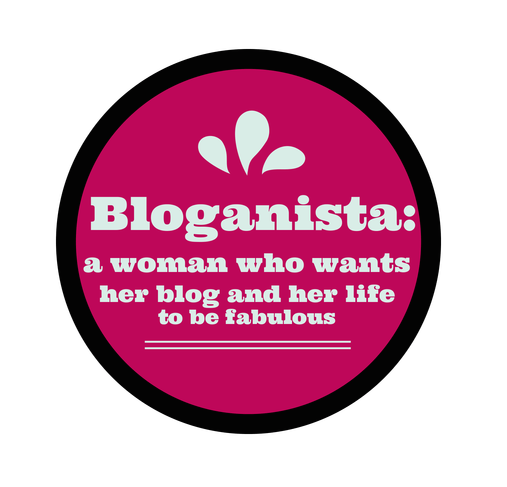 Our morning panel discussion BLOG LIKE A BOSS will cover best blogging practices, how to grow your blog’s audience, and how to build your blog into a business. Our panelists are Heather Brown of My Life Well Loved, Jennifer Dome King of Stellar Fashion and Fitness and yours truly! 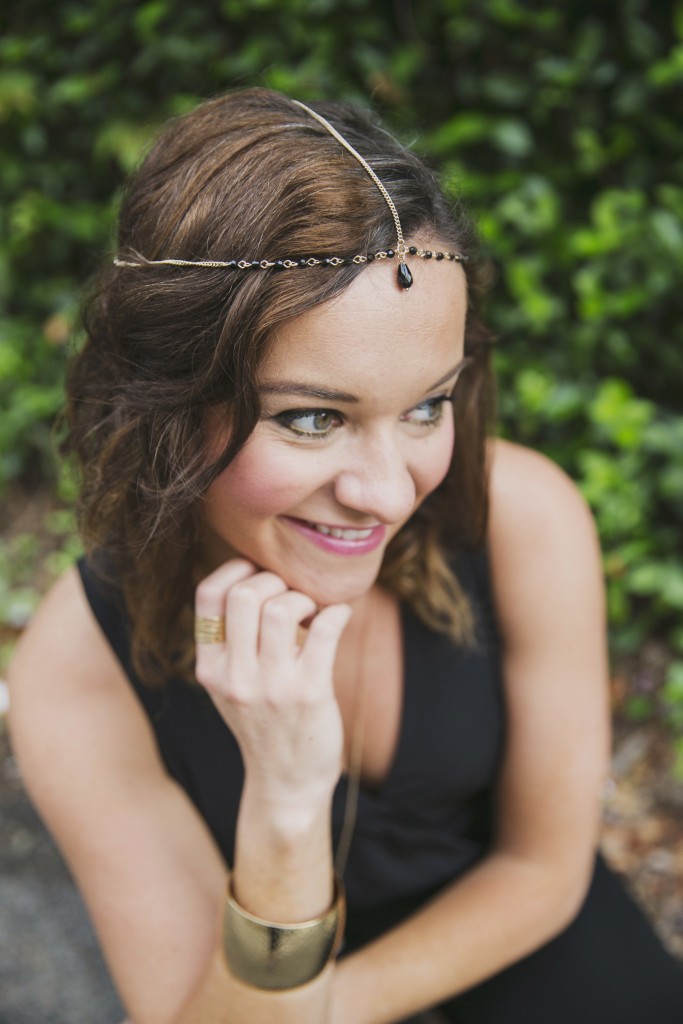 Heather Brown has been blogging for 6 years and has worked in social media since graduating from Samford University. She married her college sweetheart and they are expecting their first baby this month! Heather built her initial blog’s social media following to over 27,000 members, helped grow her employer’s Facebook page to over 150,000 followers, and currently has over 50,000 social media/newsletter subscribers to her current blog, MyLifeWellLoved.com. Heather’s passion is helping others grow their blog, brand, and social media as well as empowering women to be their best in healthy living, southern style, recipes, faith, beauty and finding balance. 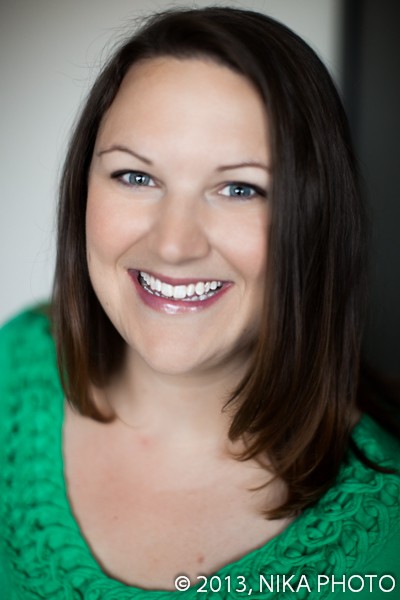 Jennifer Dome King is the assistant editor of Bassmaster Magazine and also works as a freelance writer and copy editor. She blogs about fashion, health and fitness and body positivity at StellarFashionandFitness.com where she hopes to encourage women to lead a stellar life. Originally from New Jersey, she has adopted Birmingham has her new home for the past 8 years and loves exploring it with her husband of one year, Jermaine. 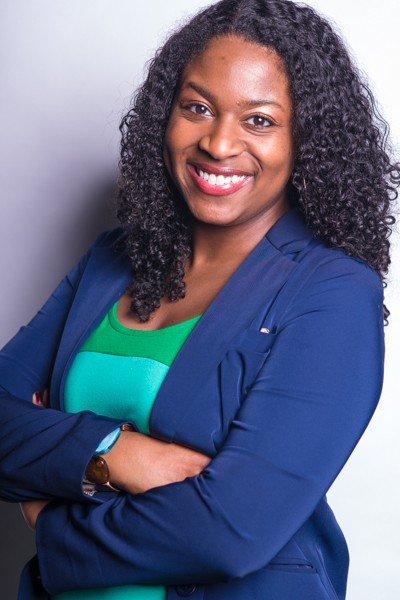 Javacia Harris Bowser is the founder and CEO of See Jane Write LLC, a membership organization and website designed to empower and enrich women who write and blog. Before returning to her hometown of Birmingham, Alabama in 2009 to teach at the Alabama School of Fine Arts, Javacia worked as a features reporter in Louisville, Kentucky. Today she continues her journalism career as a freelance writer for a number of media outlets including USA Today, Birmingham magazine and WBHM90.3 FM, Birmingham’s NPR affiliate. Javacia also writes a monthly column for B-Metro magazine on women’s issues. Javacia holds a master’s degree in journalism from UC Berkeley and is a proud graduate of the University of Alabama. Follow her blogs at WriteousBabe.com and Javacia.com.

Get your tickets to this year’s Bloganista Mini-Con at bloganista2015.eventbrite.com now! Ticket sales end July 30 and no tickets will be sold the day of the event.